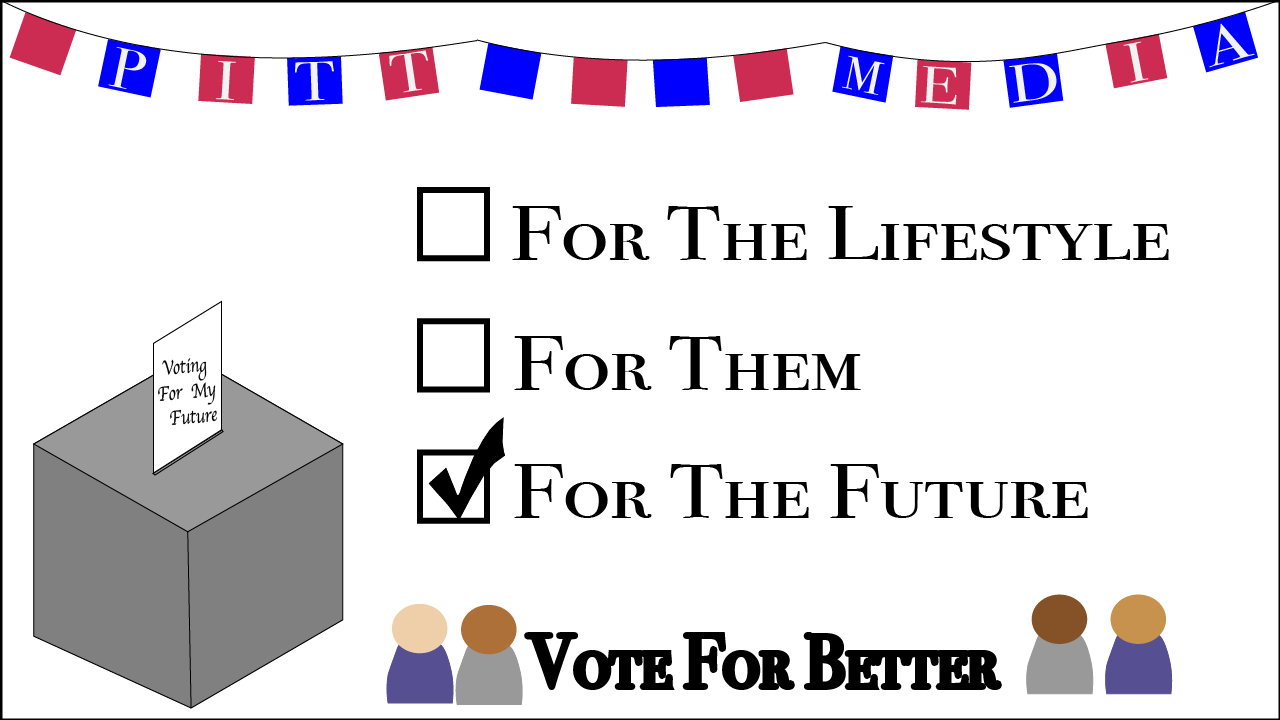 Elections 2022: Interview with the Candidates

On October 24, 2022, I emailed every major Democratic and Republican candidate for Governor of Kansas, U.S. Senator for Kansas, and U.S. Representative of our district in Congress. The campaign of Mark Holland, Democratic nominee for Senator, quickly got back to me and we were able to fit in an interview for the 26th. The election for Senator will be on November 8, 2022.

Reverend Mark Holland first announced his candidacy for Senate on October 1, 2021. “The tipping point for the decision [to run for Senator] was because of January 6th,” Holland said. “Watching people beat up police officers and […] watching a Confederate flag go across the floor of the U.S. capitol, and as insulting as that, watching a flag with one man’s name on it.”

Holland continued, stating how he felt about how incumbent Senator Jerry Moran responded to the riots. “Watching my opponent Jerry Moran’s response to that was embarrassing. He refused to hold the President accountable. He refused to investigate January 6th,” Holland said. “If you don’t have the courage to stand up for democracy after January 6th, you’ve abdicated your right to serve the United States Senate.” After months of campaigning, on August 2, 2022, he won the Democratic nominee for Senator.

This year continues to be a big year in the history of Kansas politics. In August, we had a referendum on whether the state government should be able to ban abortion rights, which was rejected 59% to 41%. “I believe this abortion debate is fundamentally a religious debate on when life begins and about the traditional roles of women,” Holland stated. “I support Roe v. Wade because it’s neutral – if you think abortion’s wrong, you need not have one, but the rest of us can keep it safe and legal.”

Holland, a third generation pastor at the United Methodist Church, believes he is “uniquely qualified to stand up for the separation of Church and State.” As he views the issue of abortion to be a religious topic, he doesn’t believe the government should be involved. “The government has no business in the consulting room with a woman and her doctor. […] [It] is a fundamental human right for women to have the ability to make a decision if and when she has children. And that’s a human right that belongs in the Constitution of the United States.”

Another important issue in recent times is LGBTQ+ rights. Holland is the co-founder and Executive Director of Mainstream UMC, an organization within the United Methodist Church that advocates for LGBTQ+ inclusion within the church and the rights to marriage.

“I’ve been very frustrated with the church being the sponsor of a lot of hate and neglect and pushing people out, and I feel like the church needs to lead in grace and inclusion,” Holland said. “‘Gay’ is not the enemy. Hate is the enemy. ‘Gay’ is not contagious. What is contagious is fear, and we need to stop the hate and fear. We need to include all people, and be gracious.”

According to the National Conference of State Legislatures, in all four of our neighboring states, cannabis and marijuana are decriminalized and/or legal for medical or recreational use, while in Kansas, it is completely illegal. Holland said he believes the government “should treat cannabis more like alcohol and less like cocaine. It could be legalized, there have been a lot of states that have done it successfully.”

Though, Holland does believe addiction could be an issue. “We do know that cannabis and marijuana being sold today is much more powerful than when I was a kid, by multiples, infinitely more powerful. We need to make sure we have addiction treatment available.”

That being said, he told us he believes there is a right way to legalize cannabis. “I think the neglect of our healthcare system and access to addiction and mental health treatment is a downside, but we could use revenue from taxing cannabis to help provide those services,” Holland said. “So I think there is a path there, and I do think it needs to be decriminalized. Putting people in prison for this is outrageous, and we need to fix that.”

From 2013 to 2018, Holland served as Mayor of Kansas City, Kan. “It’s a great way to serve the community,” he stated. “I grew up in a family committed to service, […] my dad was a preacher in my church and my mom was a teacher in my school.”

Holland stressed his dedication to public service. “I care about solutions and not about rhetoric. I think we need solutions, problem solving. The Republican Party […] has completely sold out to celebrity. They’re very interested in celebrity and not service. We need service. We need people who are willing to do the work and solve problems – this is [what] I wanted as mayor. I wanted our government to be as boring as anything. Just do the work, serve the people and go home. Don’t get on television. Don’t say ‘look at me, look at me.’ Just do the work. And right now, the Republican Party is just premised on ‘look at me’.”

From 1970 to 2010, Kansas City, Kansas experienced a steady loss of population. Taking office only three years later, Holland and his administration had to take the lead in repairing the city. “When we started to regrow our cities, we had to think about new businesses and new opportunities and bringing in new businesses.”

Holland told us his greatest accomplishment as mayor was partnering with “private industry to leverage 2.8 billion dollars in economic investment in my four years as Mayor and to create 12 thousand new jobs. Both of those are huge numbers, to bring new jobs and new opportunities to our community. […] Everyone deserves to live in a community they’re proud of.”

Holland elaborated on what he sees as another great achievement during his time in office, his fight against poverty. He told us of the initiative he undertook, which included getting “communities access to healthcare, access to maternity care for women who are pregnant, access to new baby care for newly-born children, access to pre-school education for kids, [and] access to nutritional food.”

With events like the Covid-19 pandemic and the Russian invasion of Ukraine and all the sanctions that followed, inflation has been on the rise. Prices have been skyrocketing, but workers’ wages have remained the same. Minimum wage has been $7.25 an hour since 2009, while cost of life has only increased. Regarding minimum wage, Holland told us “if that were indexed to the cost of living, even 3% a year, it’d be over $10 an hour right now. Those are poverty wages, and people just can’t have one of those jobs, they have to have two.”

What is Holland’s solution? He stated “I say it this way; I don’t want the government to put food on your table, I want you to put food on your table, so that you can look your kids in the eye with the dignity to say ‘I did that.’ And you can’t have dignity making $7.25 an hour. We need to increase the minimum wage. […] The [economy] works when everybody is participating in it […] this isn’t about being charitable, this is not about being ‘socialist,’ it’s flat out about getting people involved. And one of the best things we can do for working families is make healthcare affordable.”

Elaborating on healthcare, Holland stated the United States is “the only industrialized country in the world that doesn’t have broad-based access to affordable healthcare. If a family wants even the least expensive insurance, they’re spending $2,000 a month. That’s devastating for a family, particularly a working family.”

From his time serving as a pastor, Holland said he “learned we all want the same things. […] We all want meaningful work, we want opportunities for our kids, and we want a community we can be proud of. Washington, D.C., should learn that what [brings us] together as […] Kansans is much greater than what’s pulling us apart. […] On the church, we don’t sit on the left or right side of the church depending on whether we’re Democrat or Republican. We all worship together, sing in the choir together, work in the food kitchen together. And in local government, there’s no Democrat or Republican way to pave the street. We need to solve problems.”

Holland said “I can work with people left or right of center, but if you can’t see the center from where you’re standing, you’re likely standing in the wrong place. […] We all have a lot in common and we can all work together. That’s what matters, and that’s what we need to stay focused on.”

In the end, Holland said he believes he is the best candidate for Senate election on November 8 because he shares the values of the Kansan people. “I share the values of work, I share the values of compassion, I share the values of working together across the aisle. […] My opponent has completely neglected all of these things. He’s more interested in corporate donations […] and he does not have the courage to stand up for the issues in Kansas. […] the last thing Kansas needs is another weathervane, and Jerry Moran has been a political weathervane for 20 years. It’s time for new leadership, and I’m ready to step up and move us in a whole new direction.”

Your donation will support the student journalists of Pittsburg High School - KS. Your contribution will allow us to purchase equipment and cover our annual website hosting costs.