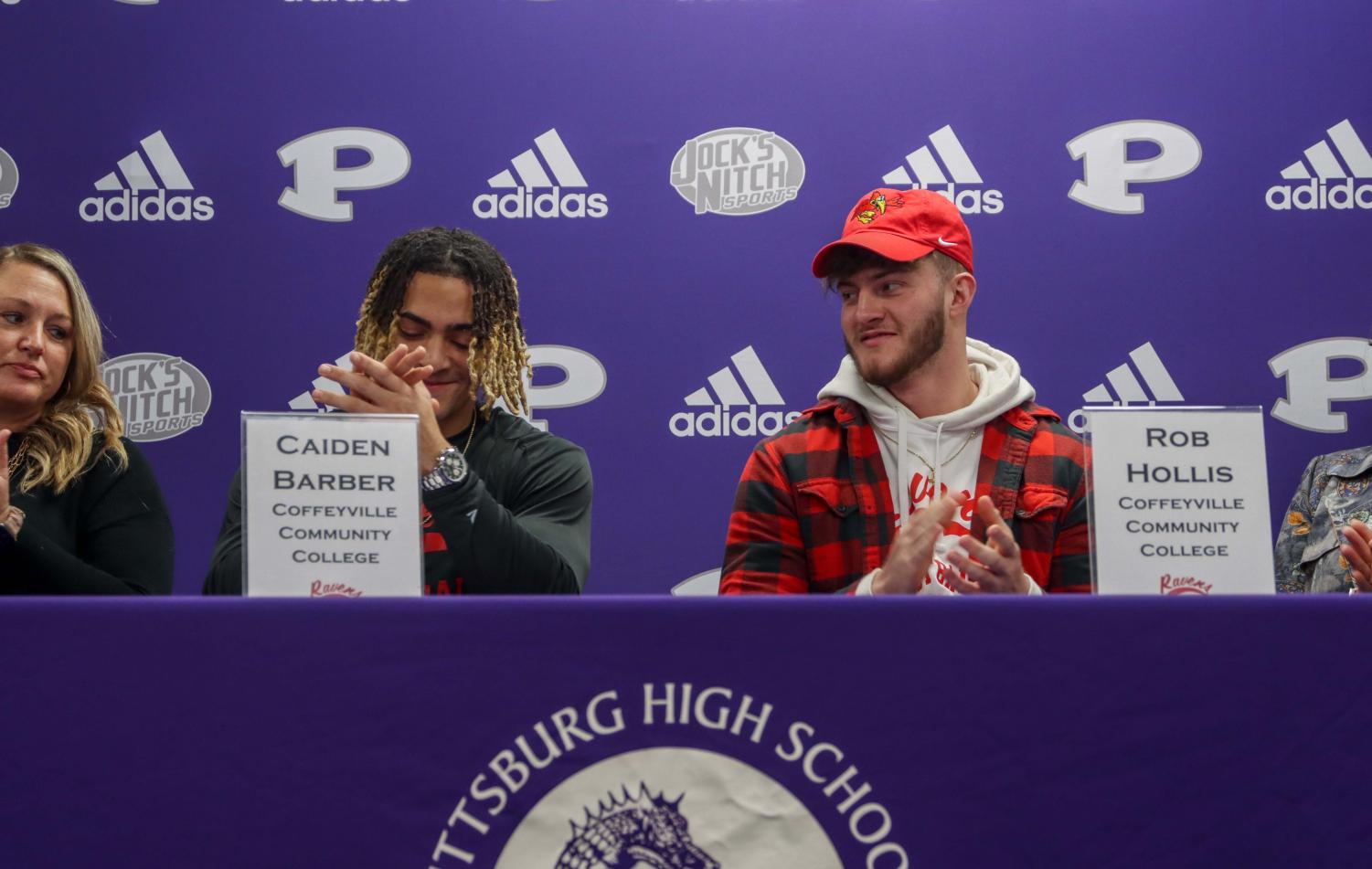 On Jan. 5, Seniors Caiden Barber and Rob Hollis committed to play football at Coffeyville Community College. While both players are leaving Pittsburg together, they expressed their own reasons for pursuing next level play.

For Senior Rob Hollis, continuing his football career has always been a goal.

“It’s always been my dream to play college football. I used to carry around a football before I could even talk,” Hollis said. “Football is everything to me.”

After visiting Coffeyville Community College, Hollis felt that he had found the college to set him up for success.

“I picked Coffeyville mainly because [of] the coaching staff,” Hollis said. “I met all of them, [and] they cared about me as a person as well as as a player.”

According to Hollis, specific steps were taken to ensure colleges saw him.

“I was putting in extra work outside of school and practice,” Hollis said. “I [also] blasted my film out to coaches in their DMs on twitter, that helped a lot.”

According to Hollis, becoming versatile in his skills and abilities has given him more self-assurance in his ability to play the game.

“Coming from Webb City I was playing only tight end. At Pittsburg I was doing things I didn’t even know I could do,” Hollis said. “I feel like I have a lot more confidence being able to keep up with guys that are bigger and faster, knowing that I can do different things.”

According to Hollis, he has no intention of Coffeyville being the end of his career, but rather part of the journey.

“Extending my recruiting process, that’s a big bonus of going JUCO. I’m just excited to see what offers I can pick up and where I can go post JUCO,” Hollis said. “Working hard is what sets you apart from everyone else.” 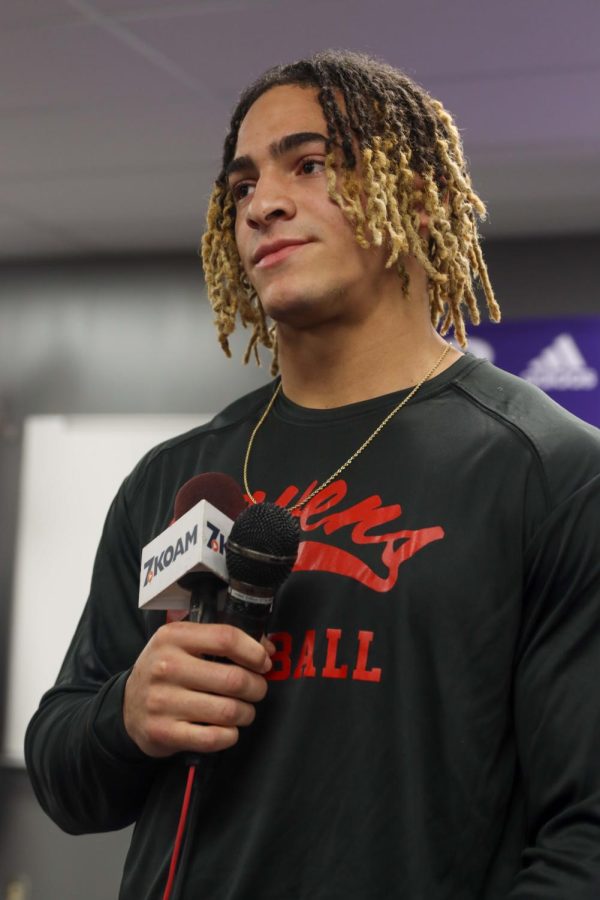 “I lost a lot of looks I had,” Barber said. “I chose Coffeyville because they gave me an opportunity.”

Barber was described as a “home run hitter” by head coach Tom Nickleson, rushing over 1000 yards his junior year.

“He was a stud tailback from the time he was in third grade on,” Nickelson said. “What I am most proud of with him is to see his career did not end because of missing his senior season.”

Both Barber’s freshman and senior year seasons ended before they started due to a back injury. According to Barber, this injury didn’t change any of his plans to play football after high school..

“I wasn’t too scared,” Barber said. “I knew that someone would end up picking me up or I would walk on somewhere, but it was definitely a struggle.”

Although Barber never played alongside Rob Hollis, the duo continued to enhance their skills off of the field.

“I’m definitely going to feel more comfortable at Coffeyville [with Rob] there,” Barber said. “[It’ll] be fun playing with him.”

According to Barber, his mindset was a crucial piece in committing to play at the next level.

“Hard work pays off,” Barber said. “Don’t [be] satisfied when you accomplish something small.”