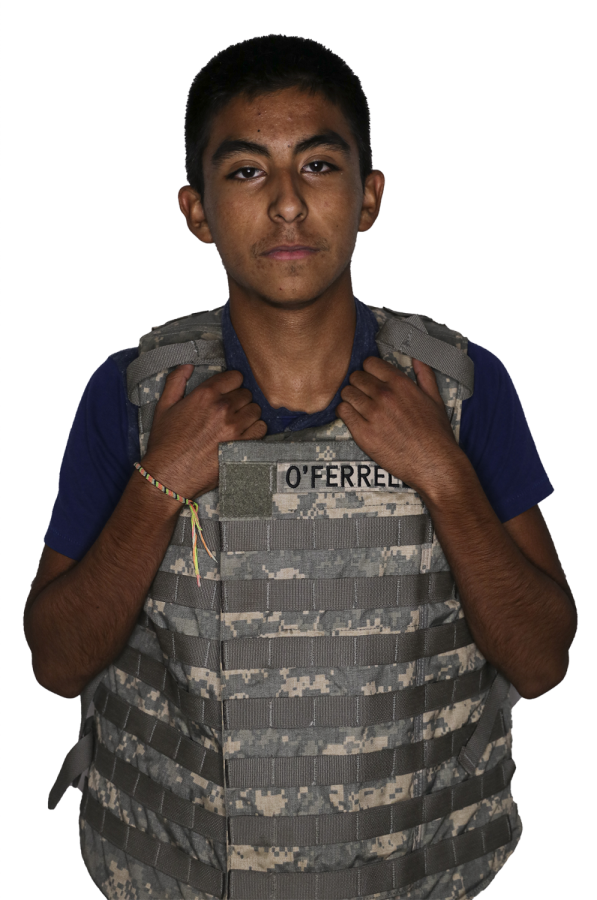 I’ve wanted to be in the army for a long time because when I came here, [my dad] had been in the army. I wanted to be more like him. I just grew up knowing and thinking that Veterans Day was very important.

A lot of people sacrificed their lives when they didn’t have to and they did it for us. I think with the people that don’t live with a veteran, they really do just see it as a day and they give thanks, but for me, I live with one so it’s just bigger and different.

Personally, I think it’s important to me because [veterans] did give up their lives when they didn’t have to and I see that. I think that they are very brave and I look up to them for that.

From what I’ve seen last year in the school when we had the Veterans Day assembly, a lot of people didn’t really care for it. A lot of them were saying ‘This is dumb’ or ‘We don’t really want to go to this’ and a lot of people didn’t even show up for it. So I think now [people’s value for Veterans Day] is not as big as it was during maybe World War II. It obviously was very important when we were at war.

I think now that the wars are a little bit more low profile and people don’t know much about them and they aren’t on the news as much, that is probably why. We aren’t exposed to it anymore. A lot of people don’t stand up for [National Anthem and the Pledge]. I think the reason behind that is because they just have the wrong idea of it and the wrong meaning. They think that we are standing up for the president and all of that, but they don’t understand that we really aren’t standing for the president.

We are standing for the people that gave up their lives for the flag, all of those people, not the president.