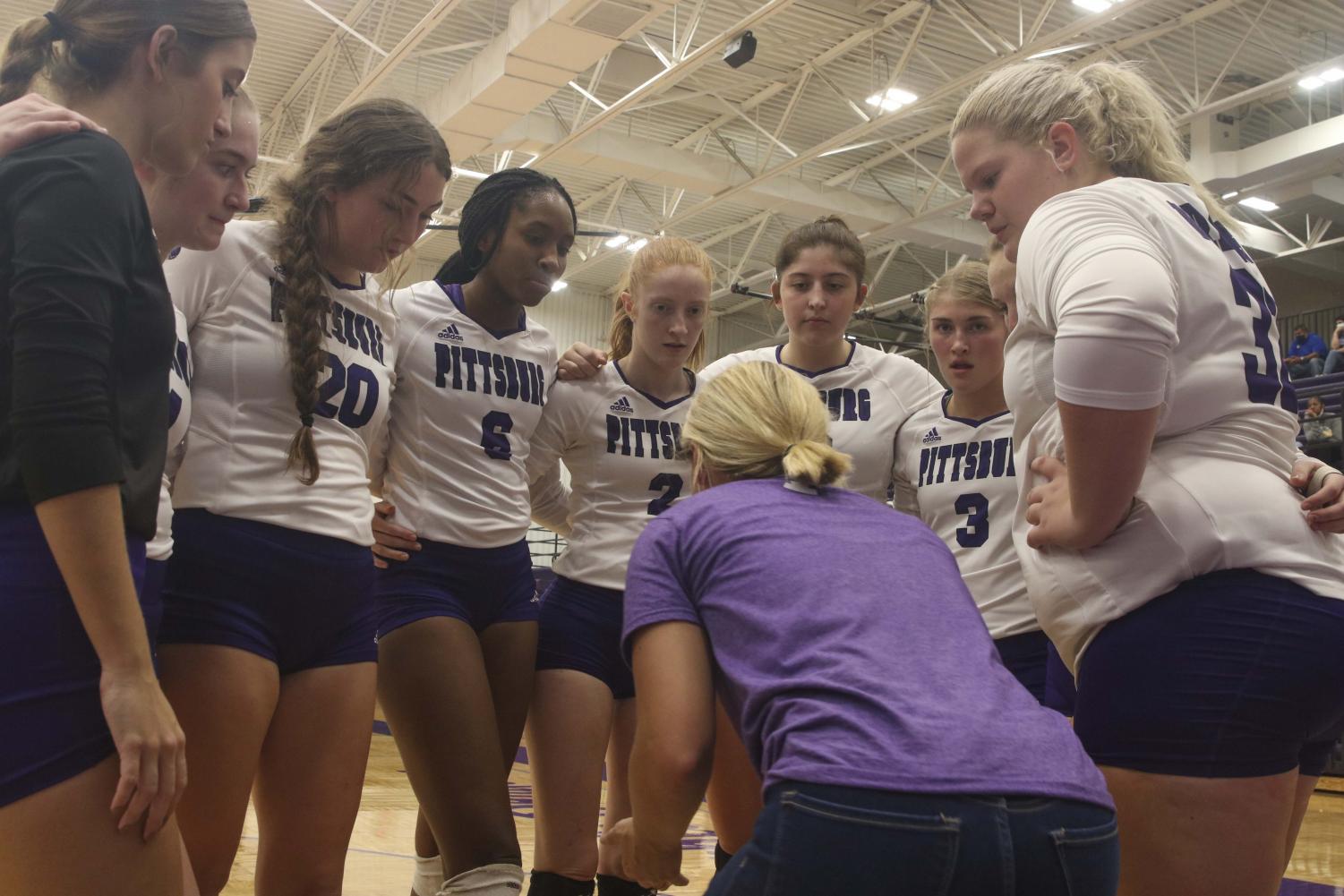 Coach Ashlan Schwartz talks to the Varsity volleyball team during a game. (Photo by: Francisco Castaneda)

Coach Ashlan Schwartz talks to the Varsity volleyball team during a game.

Girl’s volleyball team faces a quarantine without practices, a temporary head coach and other obstacles in their 20-21 season. Policy changes allow for other fall sports to practice during their quarantine.

Two days before their first game of the 20-21 Volleyball season, the varsity team was labeled as a close contact by the district and put into quarantine for two weeks along with new head coach Ashlen Schwartz.

“It was definitely not ideal circumstances to start out my career as a head coach,” Schwartz said. “I had to learn to become more flexible with COVID just because things were changing every single day.”

The varsity team was quarantined a second time right before substate, resulting in Schwartz’s decision to send her JV team to play St. Thomas Aquinas instead.

“It was kind of a hard decision to make because I knew that they were younger and inexperienced compared to some of the varsity teams that they would be playing against,” Schwartz said. “But this was a season where we didn’t know if we were going to get to compete at all-we had one last opportunity and I had 27 girls that were capable and healthy. There was no way I was gonna keep them home.”

“We ended up playing actually really well,” Morey said. “I think we all knew being a JV team we were going to lose. I was nervous but knowing there really weren’t any expectations for us to win helped to settle that.”

Since Schwartz was quarantined with the varsity girls both times, Principal Kelynn Heardt had to step up as a temporary head coach for the JV team. Prior to being principal of PHS, Heardt was a head volleyball coach and, according to Schwartz, is passionate about the sport.

During their two-week quarantines at the beginning and end of their season, varsity volleyball didn’t continue to practice.

After consulting with county health officials, activities director Jeff Staley came up with a plan to let student-athletes practice together while still practicing safe quarantine procedures.

“The best comparison that I can make to what we’re doing is what the elementary classes were doing when they would quarantine,” Staley said. “They could get together as long as they weren’t exposed to anyone else.”

Boys basketball, wrestling and girls basketball have all been able to practice while players were under quarantine. To make sure that their risk of exposure is minimized, students use the gym before anybody else is in the building, and can only practice with certain players.