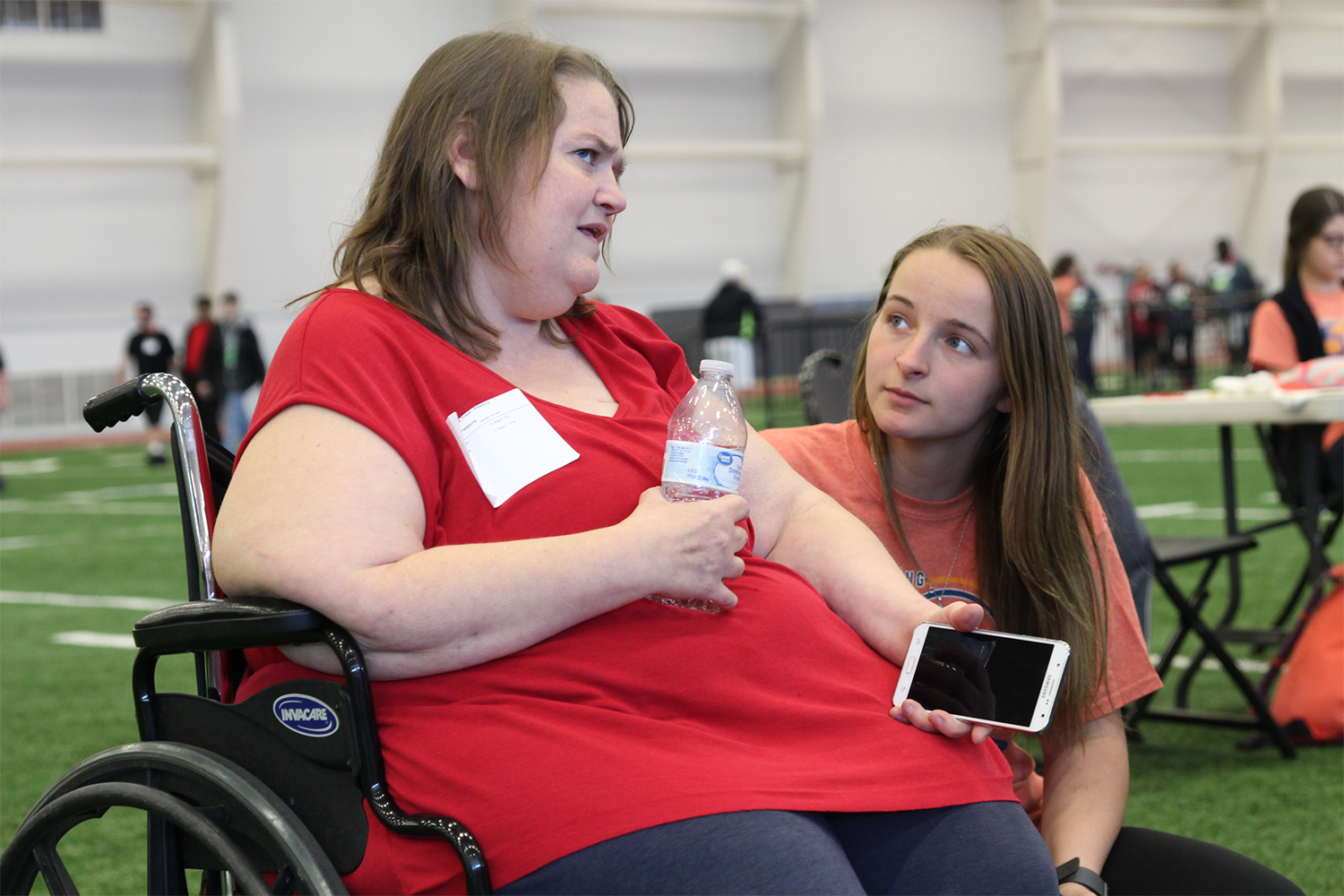 Junior Morgan Noe, a member of the Get Busy Livin’ (GBL) Club, converses with a Special Olympics athlete before awards. Noe, as well as 18 other members of the club, volunteered at the Special Olympics Track and Field tournament on Thursday, April 18 at the Robert Plaster Center’s indoor football field. “I’ve gotten more experiences with the club,” Noe said. “I’ve gotten to help the community and give back, which is what GBL is all about.”

Junior Morgan Noe, a member of the Get Busy Livin’ (GBL) Club, converses with a Special Olympics athlete before awards. Noe, as well as 18 other members of the club, volunteered at the Special Olympics Track and Field tournament on Thursday, April 18 at the Robert Plaster Center’s indoor football field. “I’ve gotten more experiences with the club,” Noe said. “I’ve gotten to help the community and give back, which is what GBL is all about.”

Get Busy Livin' Club members give back to community, school

But this time, he didn’t come to jump over track bars or throw a football across the field. Instead, he stood on the sidelines and high-fived Special Olympic athletes as they threw plastic javelins across the field.

“I’ve always had people helping me, coaching me and telling me what’s right or wrong,” Kafka said. “Now, it’s my turn to give back and help these [athletes] out.”

Kafka was one of the 18 student volunteers from PHS’s Get Busy Livin (GBL) Club at Thursday’s Track and Field Special Olympics.

“Dylan had a lot of wonderful values that would be very refreshing to see in today’s youth,” Cummings said. “We just want to keep his legacy going as friends. He was so important to us.”

“Get Busy Livin’” was coined by Meier and inspired the Dylan Meier Get Busy Livin’ Foundation, started by his parents in his memory. The foundation donates scholarships, hosts shoe drives and supports the GBL Club.

The Special Olympics was one of the many volunteer events the club’s members have planned and participated in this year. 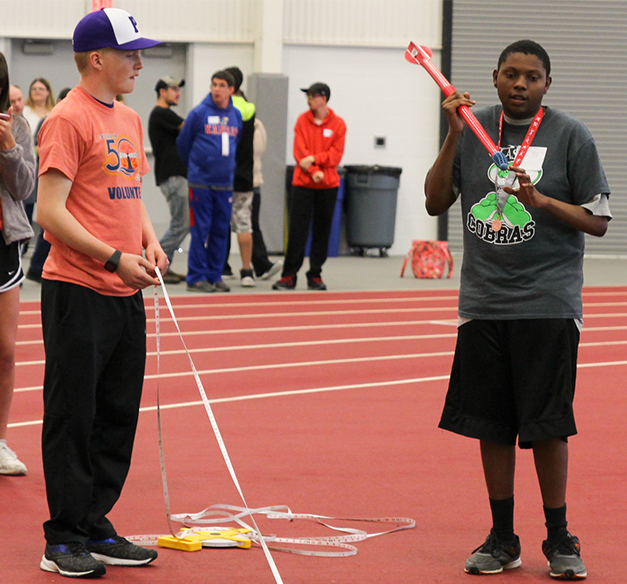 Gallery|10 Photos
Photo by: Nicole Konopelko
Freshman Cole Jameson, a GBL Club volunteer at Thursday's Special Olympics, hoists the measuring tape as a Special Olympic athlete prepares to throw his javelin. The measurements were used to determine placings for the javelin throw. The Special Olympics is one of the many community service events GBL members have participated in.

The club members meet every Thursday morning to plan events. They’ve packaged food for Wesley House, volunteered at Habitat for Humanity’s Spaghetti Feed and cleaned the weights room at the YMCA.

“[We’re] trying to reflect Dylan and how active he was in the community,” said sophomore Ethan Weidert, a GBL Club member. “He was a tremendous athlete, great in school and active in the community: all the best qualities that anybody could aspire to be.”

In addition to helping the community, the club members have helped their classmates.

Back in January, senior Jhalani Long and his family lost their father, Ronald Long, to an illness. At a meeting, Kafka got in front of the club and shared his idea of helping the family.

“Jhalani played sports with my brother ever since they were in elementary school, so I just knew there was something we could do to help out,” Kafka, the club’s treasurer, said.

The club members brainstormed and decided to host a raffle. They sold $5 raffle tickets during every game leading up to the Sub-State Basketball Tournament and raffled off the various donations they received — including gift cards, statues and sideline passes for Pittsburg State University football games.

They raised over $1,000 and donated it to the Long family.

“It was a really hard time for the Longs,” junior Brett Wiemers said. “Being able to raise items and money for them made us all feel really good”

Next year, the members plan to launch a new program: Dragons Helping Dragons. They’ll work at four concession stands, which Cummings said will raise approximately $2,000, which will go toward PHS students in need.

“Helping out other people helps me out,” said junior Bentley Boekhout, vice president of the club. “We’re here for anyone at PHS who’s in need and that’s what this club is all about.”

Sophomore Shay Mahnken, secretary of the GBL Club and former neighbor of Meier’s, said the club’s emphasis on helping people was ordinary for Meier.

“His attitude, no matter what, was always positive,” Mahnken said. “It was always ‘what could you do to help the next person out.’ Even though it’s hard, I try to be like him every day.”

Meier also traveled the world. He spent time in New Zealand, Russia and Spain. In New Zealand, he navigated the Tasman Sea, with two elderly sailors he had just met.

To commemorate his traveling spirit, the club members who have completed at least 20 hours of community service will be eligible to attend a day-long “adventure” at the beginning of June.

“20 hours is pretty minimal for a person,” Boekhout said. “I wish all people would give 20 hours a year.”

Club members will be designing an obstacle course for the foundation’s upcoming 5K race, which will be held on May 5 at Hutchison Field. Kafka said the course will be designed in the shape of a nine, Meier’s football jersey number.

Cummings said there is one lesson she wants her students to take away from the club.

“I’m trying to teach the kids to be good people,” Cummings said. “Sometimes people don’t need the whole world knowing they need help. Do good to do good instead of doing good to get the recognition or the pat on the back.”