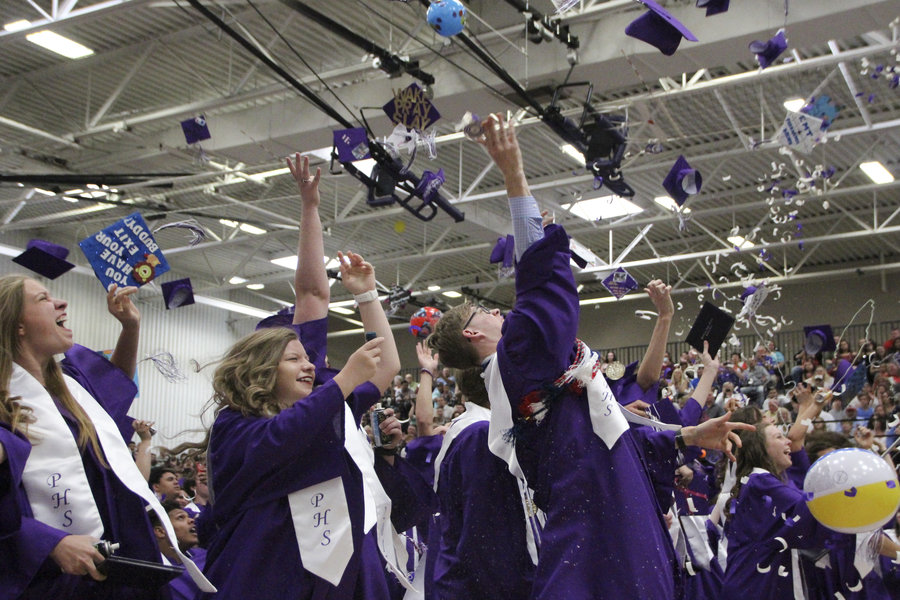 Along with caps, gowns and tassels, seniors will receive tickets to deliver to family and friends for graduation.

Administration opted to reserve the commencement ceremony as a ticketed event this year following discussions on reduced occupancy levels in the main gymnasium.

Construction in the gym over the summer included new bleachers, which cut seating by roughly 400. The updates left the gym with around 1,620 purple bleachers and bus seats, which does not include handicapped spaces on the floor.

“We think we can also get somewhere between 60 and 100 floor seats between the band and encore and the back of the faculty,” principal Phil Bressler said. “We’re hoping that can be both disabled and general seating.”

The 215 seniors will receive eight tickets each. Overflow seating will be available in the auditorium, which has an occupancy of 480 seats, to view the ceremony as a projected live-stream.

Other venues that were suggested included the Bicknell Family Center for the Arts and Memorial Auditorium, both with less capacity than the main gym. Also considered were the 5,000-seat Hutchinson Field and the 6,500-seat John Lance Arena at the Weede Gym. 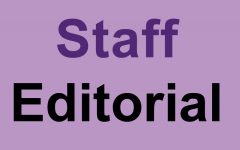 “This is my twelfth year here, so my first few years [of graduation] were at Pitt State,” Garzone said. “When I first came here, we had graduation at the Weede, so there was a lot of room. Just due to scheduling and the financial obligation, we had to move away from that.

“I wish we had a 3,000-seat facility that we could conduct graduation in. We don’t,” Bressler said. “The only place in town that’s large enough to hold it is the Weede Gym, but Pitt State rents all of their graduation stuff and the cost would be exorbitant for us to do it there because we’ve got to hire security and parking personnel. We would have to put a lot of their people back into work and they’re closed by then. The semester’s over and they’re ready to move on.”

Bressler said the customs at PHS also influenced the decision.

“In having conversations with people, everybody loves to be able to walk around and look at the [painted senior] bricks. That’s a big part of the tradition and we want to preserve that,” Bressler said.

Procedures for entering through the main entrance are also set to change. Construction on the front entrance is expected to begin April 9. Foot traffic will be rerouted to the 600 hall on the south side of the building.

“We’ll have to funnel everyone through the 600 hall or the south doors for graduation,” Bressler said. “The front entrance will be closed until it’s done, which they’re telling us [will be] the end of December.”

Some seniors welcome the change to address overcrowding at graduation.

“I think tickets are a good idea,” senior Kaitlyn Kidd said. “At least they’re trying to do something to organize it because, in the past couple years I’ve been at graduation, it was wild. People were just sitting on the floor and standing up right and left.”

Senior Grant Smith agreed and was willing to give the tickets a chance.

“I’ve been to one of the ceremonies before and it was really packed,” Smith said. “I don’t know how much ticketed events are going to help, but I think it’s something we can try.”

On the other hand, some individuals have already encountered complications with the ticket limit.

“I hate the ticketing because I have 13 people who want to see me walk and I have to ask so many people for extra tickets,” senior Lily Watts said. “[The administration] could have done better because there are so many people here who have large families.”

“I don’t like the fact that family members who have already made travel plans have to be told they will not be able to sit with us,” Amy Barnhisel, mother of senior Kylee Barnhisel, said. “Why did they wait to tell parents? With stepparents and extended family, that makes them pick.”

Seniors will have a class meeting on Friday, April 13 during study hall to discuss graduation procedures and plans for ticketing. The administration hopes to confirm details before making a formal announcement.

[The administration] could have done better because there are so many people here who have large families.”

The administration anticipates concerns, but feels the ticketing system will prove beneficial.

“Just for safety reasons, we have to limit the amount of people that are in our space,” Garzone said. “We want as many people to come as possible, but we also have to realize that our gym can only hold a certain amount. There’s always going to be people who are upset, but not all graduates would use the full amount of tickets.”