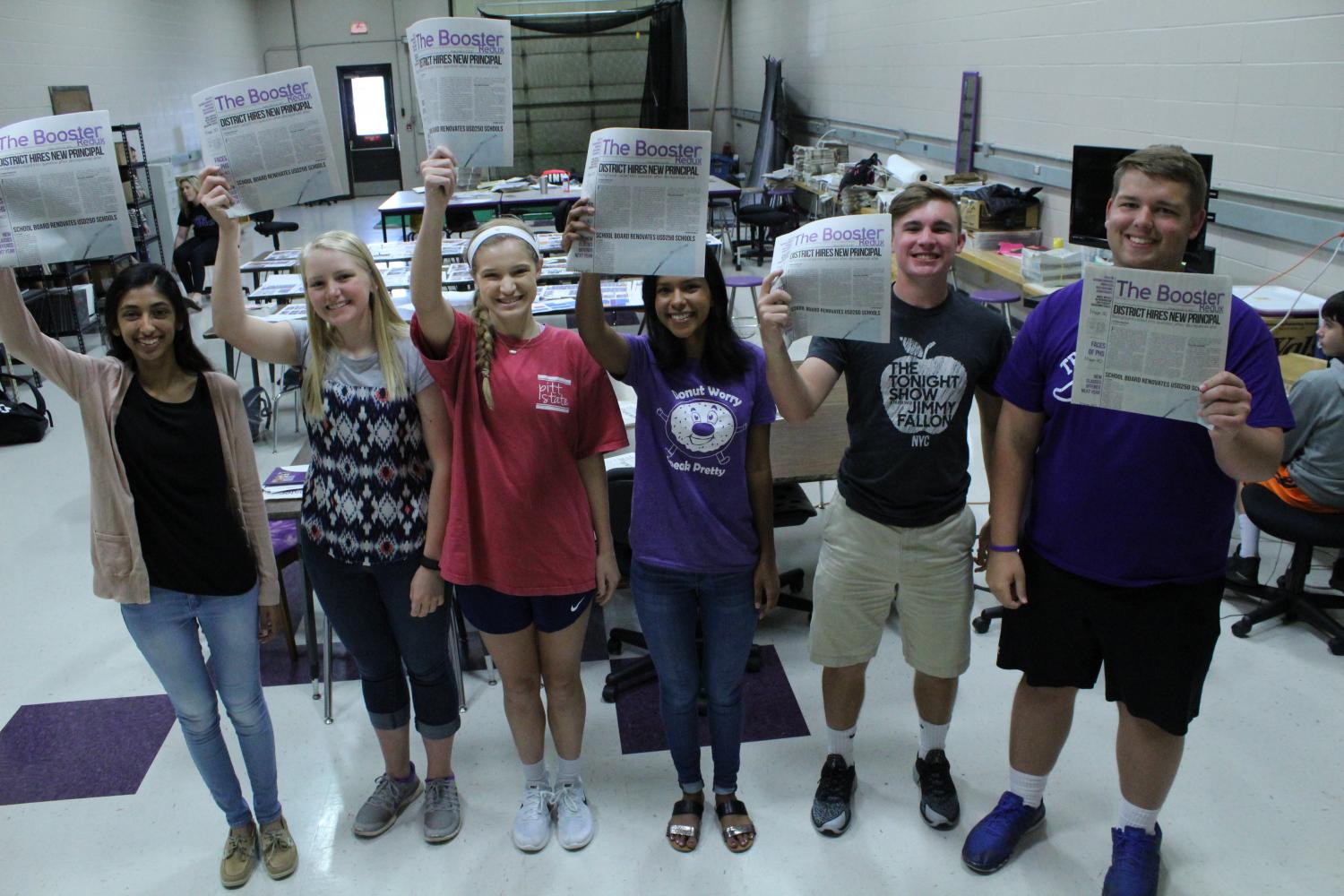 The discrepancies cast doubt on the accreditation of a university she said she attended and the degrees she listed.

Robertson said she currently works as the CEO of an education consulting firm known as Atticus I S Consultants in Dubai, and has resided there for over 20 years.

According to a Pittsburg Community Schools press release on Thursday, Robertson “gained leadership and management experience at the international equivalence of a building administrator and superintendent. As CEO, she advised global companies on education projects, including writing and implementing curriculum and school policies, developing and executing professional development, and advising on school construction and renovation projects.”

Robertson said she will arrive in the US in April and is eager for the new experience.

“I’m excited about the opportunity,” Robertson said. “I could easily stay [in Dubai] for another 10 years working in schools as a principal here, but I want to come home. I want to be in the US, and I want to be a part of a community. Pittsburg is the right community to put down roots in.”

The Booster Redux staff typically introduces each new administrator at PHS with a news story. During the interview process with Robertson, the Booster staff found inconsistencies in Robertson’s credentials. The staff presented these concerns to Pittsburg Community School superintendent Destry Brown, who encouraged the Booster reporters to reach out to Robertson.

On March 16, the Booster staff held a conference call with the incoming principal. Booster adviser Emily Smith and Brown were also present. During the call, Robertson presented incomplete answers, conflicting dates and inconsistencies in her responses.

After the conference call interview, the staff conducted further research online and by phone interview to confirm her credentials. These are the findings.

Robertson said in the conference call interview she earned a Master’s degree in Comparative Literature and a Ph.D. in English from Corllins University.

Corllins, however, has been under fire in the national media for its lack of legitimacy.

Furthermore, the Better Business Bureau’s website said, “This business is not BBB accredited.” The posting online in 2010 also stated, “The true physical address of Corllins University is unknown.”

Robertson said during the conference call interview that the majority of her education through this university was done online, but that she also occasionally traveled to the on-site campus in Stockton, Calif.

“In 1994, I was living in Spain,” Robertson said during the conference call interview. “I kept my apartment in New York at the time. I would fly back and forth [from Spain] to New York and California all the time.”

When asked by Brown if she took classes in Stockton, Calif., during two different summers, Robertson replied that she had.

However, a check of the records at the City of Stockton’s Community Development Department indicated that no business license or building permit existed for Corllins University, as stated by City of Stockton permit technician Carmen Davila.

“If they’re going to do business, then they need to have a business license,” Davila said via phone interview. “I don’t have any business license under that name. I don’t think we have a [Corllins University] here in the area.”

Stockton is located in San Joaquin County. The San Joaquin Community Development Department records also indicated that no such university ever existed in Stockton.

“In our business records, we have no such record of Corllins University existing,” Megan Aguirre, an associate planner of the department in San Joaquin County, said via phone interview with the Booster.

When asked if a degree from Corllins University would be accepted, Pittsburg State University Registrar Debbie Greve could not find any record of the existence of Corllins.

Further research seems to show Corllins University is considered a diploma mill, or a “business that sells fake college degrees,” according to Oregon Live, the website of The Oregonian. The university is listed as one of the “top 10 sources of invalid degree reports or inquiries” received by the Oregon Office of Degree Authorization.

However, those accreditation agencies were also listed as fraudulent by retired FBI agent Allen Ezell in his article, “Recent Developments With Degree Mills” published in the educational journal, College and University. Many diploma and accreditation mills, including “Corllins University,” were also listed. The spelling of Corllins listed in the article does not exactly match the spelling of the university provided by Robertson.

Also, search results on the Council for Higher Education Accreditation’s (CHEA) database found “Pittsburg State University” and “University of Kansas.” A search for “Corllins University” returned no results. CHEA is used by colleges and universities to verify accreditation.

“When I went [to Corllins], it was an accredited university,” Robertson said. “Otherwise, you can’t get any degree authenticated.”

During the conference call interview, Brown said, “I think [Corllins University] lost its accreditation at some point.”

Also during the conference call interview, Robertson said she received a bachelor’s of fine arts (BFA) in theater arts from the University of Tulsa (UT) in 1991. The Booster continued to fact check Robertson’s education and contacted UT. According to the registrar’s office, a BFA has never been offered at the institution. The university was specific in the degrees offered; only a bachelor of arts in theater was available at that time, not a BFA.

After the conference call interview, Brown stated that assistant superintendent Ronda Fincher would serve as the principal of record for the 2017-2018 school year because Robertson currently does not hold a Kansas administrator’s license.

According to Robertson’s contract approved by the USD 250 school board, “administrator must be licensed in Kansas by August 1, 2018.”  Whether she can attain a teaching or administrator’s license by August 2018 to become an administrator is still in question.

According to Brown, she must complete a number of college credit hours to obtain her licensure.

PHS band director Cooper Neil responded in The Morning Sun Tuesday with a letter to the editor addressing a lack of evidence in the original article. Chance Hoener, the original author, published a response on Wednesday apologizing for failing “to bring closure to…rumors via the facts.”

“When talking with previous supervisors and Dr. Robertson, the Board felt she was a great fit for PHS and the future of our students,” Brown, the superintendent, said in the press release. “The high school staff and students who sat in on interviews also felt she was the right pick. We are excited to have her join our team of administrators.”

In an interview with the Booster, French teacher Chris Colyer expressed reservations regarding Robertson.

“It concerns me a lot as to how she’s going to take all the classes she needs because she’s going to have a lot of duties as principal, and that’s a full time, and overtime, job,” Colyer said.

“The fact that she has never taught in a US school does concern me because our schools are different from what she [found] in Dubai.”

Marjorie Giffin teaches history and social studies at PHS and served on the interview committee for the new principal.

“[The meeting] made me more uneasy after than it had before,” Giffin continued. “The more [Brown] talked about making us feel at ease about the process made me more worried because I didn’t know she wasn’t really accredited.”

“I want some real leadership and I am hoping she can provide it,” Giffin said. “I want her to be successful because I want [the school] to get back on track.”

According to the contract, Robertson begins work at the district July 1.