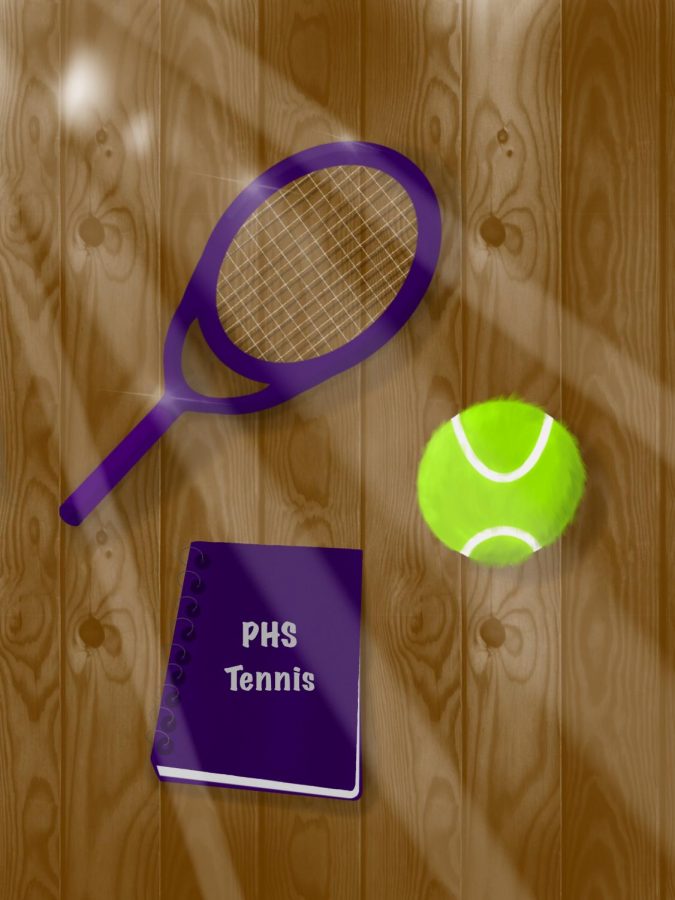 New coaches have been appointed to the girls’ tennis team this fall season. Science teacher Sally Ricker has taken over as head coach, and Pittsburg High School alumni Kamryn Kelley is the new assistant coach.

Ricker started playing tennis in middle school and continued playing through highschool.  She played singles and doubles on the varsity team in high school.

Mr. Staley, our athletic director, started emailing Ricker asking if she would be the head coach for the girls’ tennis team.

“I’m most excited about my girls that have never played because I know I’m going to see the most growth there,” Ricker said. “I’m going to see girls go from not knowing how to keep score to learning how to hit a two-handed backhand with some accuracy.”

Kelley graduated from PHS in 2019, and is now attending Pitt State University. She played tennis all four years of high school. She was asked to be the assistant coach for the girls’ tennis team.

“Some people don’t believe I will be a good coach because I am so young. It has definitely been something that I’ve had to overcome,” Kelley said. “I know that I will be able to help these girls whether that be through teaching them tennis, or just being a role model in general.”

Due to never having a team to coach, this will be Ricker’s first time coaching at a school.  She is looking forward to being in this position and helping the girls improve.

“Our school did not have a tennis team,” Ricker said. “So this is actually the first time I’ve coached at a school where I’m in that position.”

Kelley is optimistic for the season and similar to Ricker, is looking forward to seeing the girls improve and succeed.

“Not only do we have a lot of great players at this point, but we also have a lot of players with a lot of potential to be great.”Kelley said, “No matter how much of an improvement these girls may make this season, as long as they’re happy with their improvements, we’ll be pleased.”

Ricker says she is going to enjoy getting to know the girls this year and is looking forward to team bonding this year.

“My goal from the team is I want this to be the most fun they have this year,” Ricker said. “I want them to have fun first and to get along, and then play excellent tennis.”