Parents utilize technology to monitor teenagers at all times 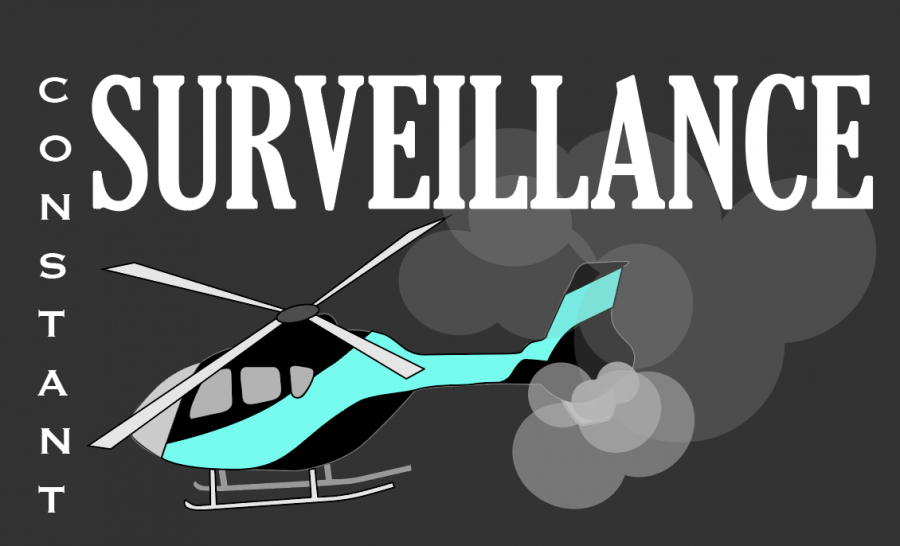 Graphic above by Kaley Mussa. Above is a helicopter to demonstrate the idea of a type of parenting strategy.

Recent studies have shown that childrens’ behavior is influenced by the parenting style they grew up with. While helicopter parenting is the most well-known style, there are four distinct parenting types—authoritative, authoritarian, permissive and uninvolved.

Diana Baumrind, a clinical and developmental psychologist, conducted a research project on preschoolers and is accredited as the first to notice that behavior was based on styles of parenting. According to parentingforbrain.com, she found that each one has various effects on children.

Authoritative parenting is a mix between nurturing and strict. According to psychologyinaction.org these parents can result in children being more independent and more successful. Studies have shown that while authoritative parenting takes more time and effort, is the most effective style.

Uninvolved parenting is when parents do not provide much care or attention to their child. This style is most likely to cause mental illnesses in children and teenagers. This can cause behavioral and mental health concerns in the kids.

Authoritarian parents have high expectations from their children and have little to no negotiation. Parents often use forms of punishment and make children more likely to develop a mental illness.

Permissive parents are more concerned about being their child’s friend than a parent figure. Since these parents don’t enforce as many rules, it can lead to children having trouble with commitments and following rules.

Licensed clinical professional counselor Ashley Neely explains how kids react to some of the parenting methods.

“If you have a very authoritarian parent that is extremely strict, you can see an increase in anxiety,” Neely said. “Going to the other extreme with the not involved, a child can be really self reliant because they’ve had to take care of themselves, but then you can also see an increase of depression because there is still that need for approval.”

According to the Oxford Dictionary, a helicopter parent is “a parent who takes an overprotective or excessive interest in the life of their children.” Licensed specialist clinical social worker Ali Bishop points out that there are both positives and negatives to this type of parenting.

“Those are the parents that typically hover over and make sure that everything has a lot of follow through. A positive would be those kids are typically more organized, more aware of how their behavior affects others, but the flip side of that is that those kids often have higher anxiety and they are more concerned with how people feel about them,” Bishop said. “Instead of doing what’s good for them, they’re worried about what their neighbor wants.”

“[My parents use Life 360] and my mom gets a notification every time I arrive somewhere and it [tells her] the fastest speed I was going,” Bauder said. “Sometimes it makes me feel like my parents don’t trust me because they have to know every single little thing I’m doing.”

Neely says that parents can’t always see the harm they may be doing to their child and that they just want what is best for their kids.

“[Children aren’t] learning how to cope with normal disappointment or failure because they’re waiting on that person to jump in and rescue them.” Neely said. “[The parents] want to rescue. They have good intentions and they just want [their kids] to be ok and for them to be safe.”