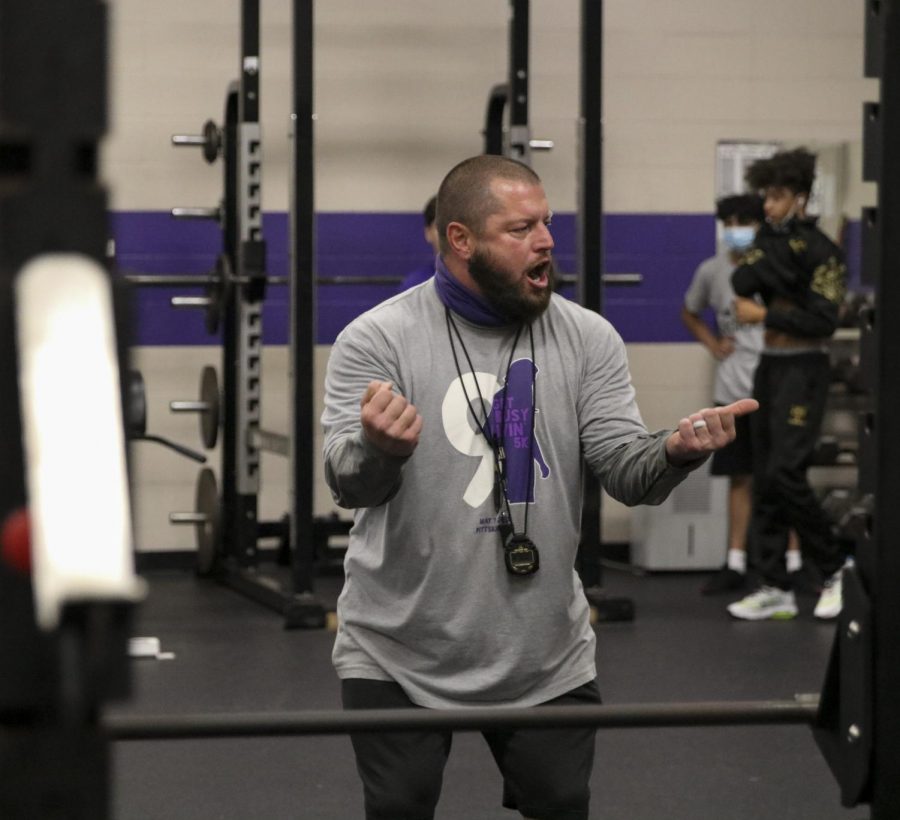 “I started out at [Pittsburg State University] as a student assistant,” Lattimer reflects on his previous experience as a coach. “I’m coming up on my 17th year as a coach, and I’ve traveled a lot in my career.”

After four years at Tahlequah, he received an offer from Pitt State University to be a defensive line coach. He coached at PSU for another four years until he came to Pittsburg High School this summer to run our co-ed strength and conditioning program.

Lattimer has coached a multitude of things, from college football to girls softball.

“Pretty much if it has a ball involved, I’ve coached it,” Lattimer said.

Lattimer has four young children with his wife, Nicole.

“One of the best things about coaching [high school level athletics] is being able to spend more time with my family,” Lattimer said.

There are many reasons he loves coaching at PHS, but he says the people are his favorite.

“The people are awesome here, from the administrators to the coaches, and the teachers to the students, they’re just good people all-around,” Lattimer said. “The people here are genuine and hard-working… more hard-working than most people I’ve previously met.”