Freshman in the mix 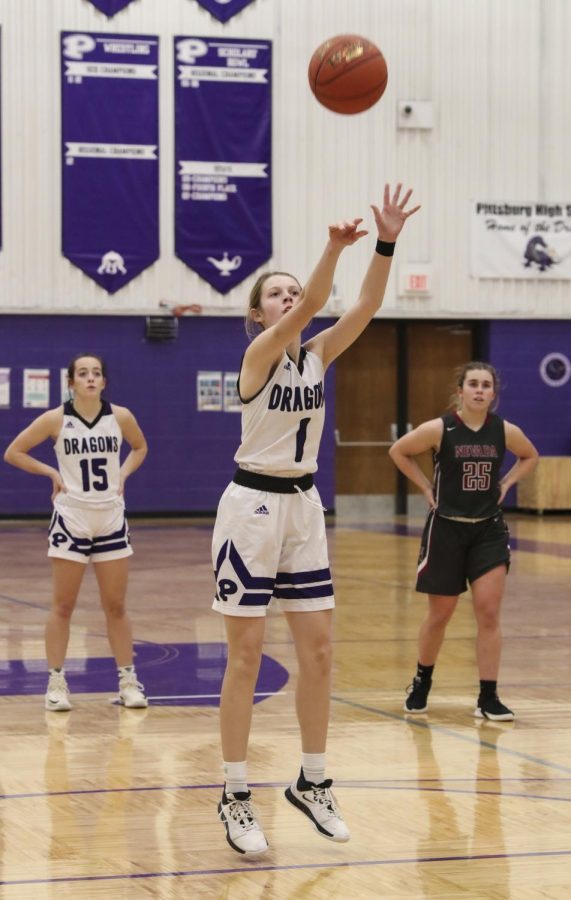 Freshman Jacqueline Hall shoots a free throw in a home game against Nevada.

Off to a hot start this season with a 9-2 record, the girl’s basketball team is ranked in the state for the first time in over 20 years. Freshman Jacqueline Hall came onto the court as the only freshman among four seniors in the starting five.

In her first high school basketball game, Hall scored eight points against the Lamar Tigers. Hall scored 15 points in her highest scoring game to date against the Ottawa Cyclones.

Having previous experience in situations similar to this one, outside the season playing travel ball, Hall was prepared to take on the challenge.

“Being the only non-senior [who starts] doesn’t really affect me,” Hall said, “I’ve always played with people older than me in travel ball, so I don’t even think about it.”

The upperclassmen have mentored Hall about becoming a team leader and creating a welcoming atmosphere for all. With the help of Hall and the upperclassmen, the girls have earned a winning record.

“[Everyone] has helped me adapt to the team well, grow as a point guard, and become a leader when I need to be,” Hall said.

Hall is excited to put the same energy into future years of basketball and share the same mentorship with other teammates that she has received this season.

“They’ve taught me how to work better with the team,” Hall said. “That way in the future I’ll be able to pass along this information to underclassmen.”

Starting senior Jaya Minniefield has been extremely impressed by Hall’s play this season.

“We saw her play and boom, she just exploded,” Minniefield says, “She’s been a beast on the court this year and has been exactly what this team needed.”