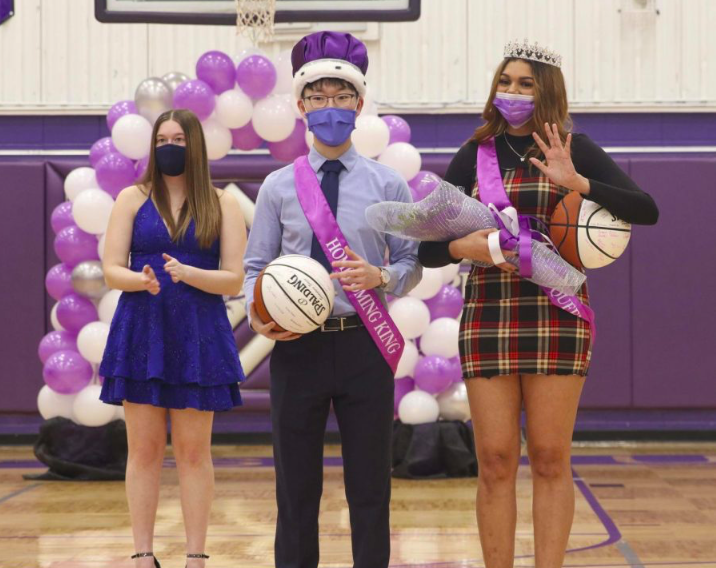 After the bells rang at 2:34 PM on Friday, Feb. 5,  students headed to their study hall to watch the Virtual Winter Homecoming assembly.

The drumline started the show off by performing, then hostesses Alyvia Swartz and Annabella Beachner began the ceremony.

After welcoming everyone to the assembly, they introduced the seniors in encore to sing the National Anthem. Encore was directed by Susan Laushman.

After the National Anthem, Swartz introduced the senior band, dance team and cheer team onto the court. The band played the fight song while the cheer and dance team performed their dance routine.

Earlier within the week, advisory groups battled it out during a Kansas Kahoot. The top five teams sent a representative to compete for their study hall during the assembly for the Pittsburg High School trivia Kahoot.

Senior Christopher Saman hosted the game, explained the rules and the games began, the students answered questions about Pittsburg High School. When checking scores, there was a three-way tie between Traci Coonrad, Cheyanne Hunt and Kaley Mussa. At the end of the game, Cheyanne Hunt brought Crott’s study hall to victory.

After the games, the homecoming candidates were introduced.

To mark the end of the assembly, Beachner and Swartz thanked the viewers for watching and reminded watchers to tune in and watch the basketball game against Independence later that evening.