In light of Pride month, Ibarra and Konopelko offer their thoughts on LGBTQ+ issues. 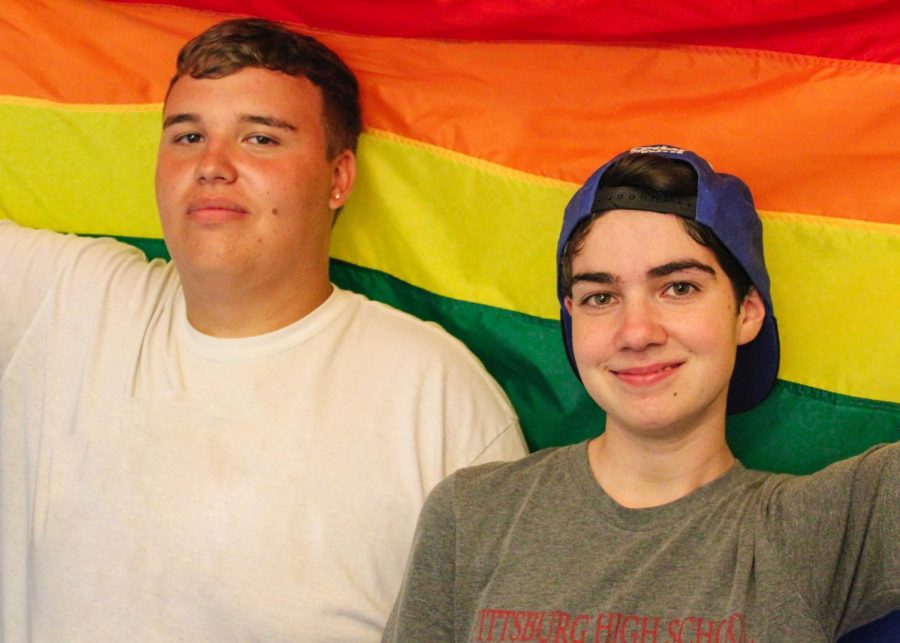 It’s hard to live in a body that you feel you were never born to live in. It’s hard to feel accepted when others say you are unnatural because of who you love.

It’s also hard to put yourself in the shoes of a person who has dealt with all of these difficulties firsthand.

But it’s easy to turn your back on these struggles when they don’t affect you.

The stories you’re about to read differ from our typical online coverage. We planned on spending the summer covering only usual student events and activities.

But in early June, the Supreme Court ruled in favor of a Colorado baker who denied services to a same-sex couple, sparking a national debate on religious freedom versus LGBTQ+ discrimination.

This decision fell on the same month as the legalization of gay marriage in 2015 and the start of Pride Month, a month celebrating the LGBTQ+ community.

On a month that we come together to celebrate this community, the Supreme Court failed to support it.

Though the legalization of gay marriage was a win for gay rights, it didn’t guarantee acceptance of the LGBTQ+ community in our nation.

Just two years ago, 49 people were killed while 53 others were wounded in a homophobic terrorist attack in Pulse Nightclub, a gay nightclub in Orlando.

Pittsburg is not excluded from these statistics. Our youth suffer from the lack of tolerance in our nation and our town.

Students who have walked our hallways, who are in the LGBTQ+ community, are marginalized.

These living testimonies you’re about to read are proof of the magnitude of this national issue. Though they don’t represent all LGBTQ+ students, their experiences are still valid.

Although we spent this month talking to six students in the LGBTQ+ community, we decided to feature only two.  All of them had their own unique issues they dealt with, yet they persevered.

We stand with all persons in the LGBTQ+ community, even though they were not all featured in our special coverage. We also stand with all of the students we could not feature because they were still closeted.

We also stand in solidarity with the LGBTQ+ community members that committed suicide because they lost the battle against hatred.

For some of the students we talked to, coming out meant doing it at their own speed with supportive friends and family members.

But for others, it meant being ostracized by society.

In reading these stories, take a moment to put yourself in the shoes of these two brave students — one of hope and one of perseverance.

To the transgender students: you’re not worth less than a cisgendered student. Your gender identity is valid.

To the closeted students: we wait for you with open arms.

We celebrate your history and what is best to come.

Yes, June is over and people may have stopped talking about pride. But taking pride in your identity lasts a lifetime.

These issues don’t just come up in June and disappear the week after; they should be addressed regardless of the time of year.

It’s because of this, that we published this special coverage a week after Pride Month is over — to keep the conversation going.

On this day, reflect on the issues presented by reading the stories of those close to home.