The Princess Bride is the greatest movie of all time

The Princess Bride is a 1987 masterpiece and I am here to explain why. 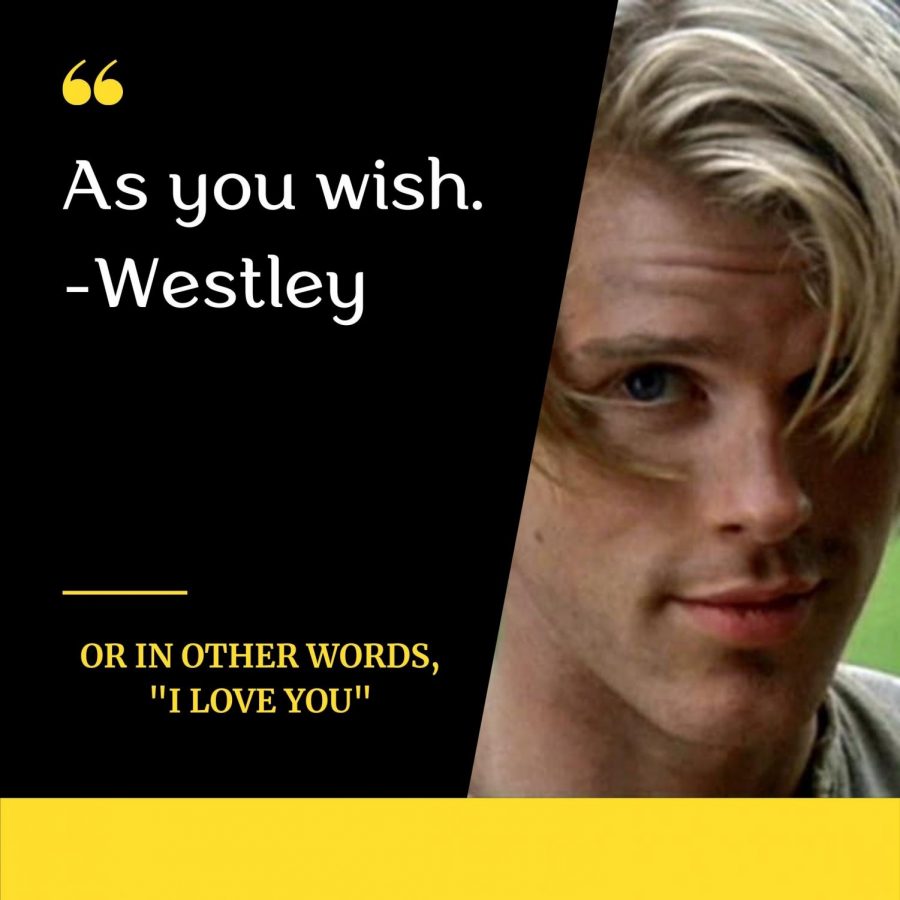 A quick summary:
“A man regales his ailing grandson with a tale of romance and adventure in a lighthearted fairy tale.” the Disney+ description humbly reads. It is much, much more than romance and adventure though. It has something for everyone, and I mean everyone. Besides romance and action, it’s an excellent family movie that is soaked in comedy, fantasy, and even features a famous wrestler with gigantism. I’m serious, it has everything.
Let’s break it down using the 8 elements of film:
1.) Theme

Loyalty – the story is full of intense loyalty to family, friends, and romantic partners. From Westley and Buttercup’s lasting love despite not knowing if the other is even still alive to Inigo’s undying loyalty to his father and his desire to avenge his death, no one can deny that loyalty is prevalent throughout the film.

Practically every line of this movie is comedic gold. The dialogue of the movie contrasts and compliments the serious plot of the tale. This irony throughout the film is one of the most appealing aspects.

The countryside – peaceful, serene
The castle – large, overwhelming, unnatural
The cliffs of insanity – impossible, hopeless
The rocky terrain of Guilder – up and down, uncertainty
The fire swamp – dark, scary

Each location is cinematically beautiful and unique. They all contribute to the tone of the film.

The viewer has a third-person point of view which contributes to the clever “story within a story” aspect of the movie. It is used as a tool to call us back to the reality that we are just hearing the same story that a sick little boy is from his bedroom.

For a movie made in the 80s, you have to give the film some major props. The cuts and transitions work very well. I certainly am not complaining about them.

The music and sound effects throughout add so much to the mood. From the dramatic scores in fight scenes to the excellent song “Storybook Love,” the soundtrack adds just enough to the film without going overboard.

The film has an impressive array of actors. All of them are so perfectly casted.

Cary Elwes and Robin Wright as the perfect romantic pair.
Mandy Patinkin as the Spaniard, Inigo, who is dead set on revenge along with his closest friend, Fezzik played by the great André the Giant.
Chris Saradon as the evil Prince Humperdink along with his right-hand man, Count Rugen played by Christopher Guest.
Wallace Shawn as the Sicilian, Vezzini, who has a major Napoleon complex.
A young Fred Savage as the sick, slightly annoyed grandson with his enthusiastic grandfather, portrayed by Peter Falk.

Rob Reiner directed the movie which was adapted by the author of the original book. He stayed true to the original story, while making it flow beautifully. The directing of a film makes all the other pieces come together. It’s easy to say that Reiner truly brought the storybook tale to life.

Maybe I couldn’t convince you that The Princess Bride is the greatest movie, but I hope I inspired you to go watch it. It is my personal favorite and certainly holds a special place in my heart. If you’ve never seen it, you should definitely check it out. It is the perfect movie for Valentine’s Day!