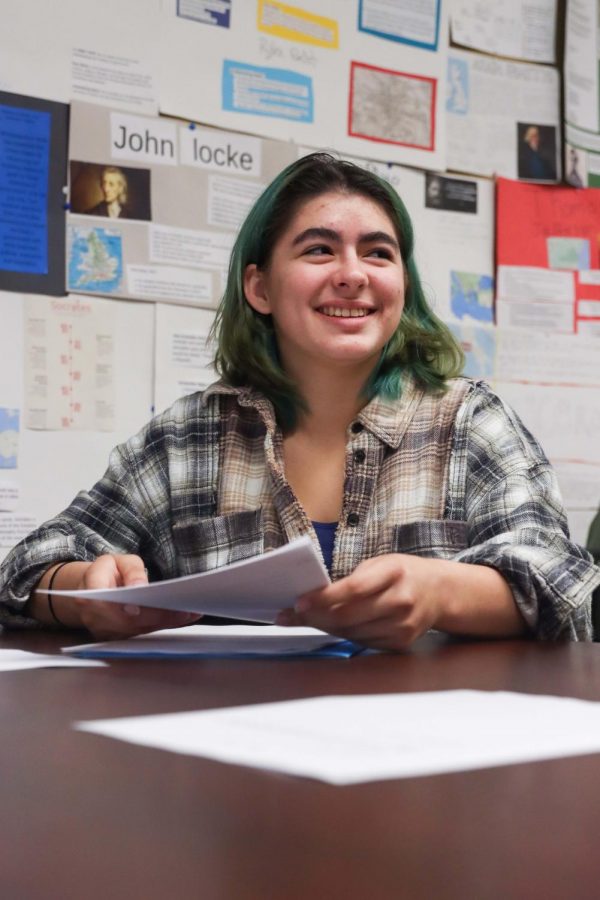 “It should be harder to become a police officer. I think a lot of policemen aren’t properly trained,” Carlton said. “With my bill, the police will be ready to handle more diverse and stressful situations.”

Carlton’s plan would improve the training system of the police force.

“It will be harder for police officers to get into academies, so there aren’t people in the police department who are only there for the badge. Police are going to have to go through longer, extended training” Carlton said. “They are going to start at basic training, and then go through a set of ranks where they are taught different things like gun safety, hand-to-hand combat, speaking skills, etc. Once they complete all of the ranks, they will be given the status of officer and will act like a typical police officer would.”

Senior Alan Rojo’s bill would reform the current prison by providing inmates access to a therapist and abolish solitary confinement.

“I believe that all prisoners should have access to a therapist, and I also believe that solitary confinement cells shouldn’t be a thing,” Rojo said. “It isn’t humane to keep a person in an empty, concrete cell for 23 hours of the day.”

Latham explains the purpose behind engaging his class in these congress simulations.

“[The] purpose is twofold, one is to give them a forum for discussion to discuss hopefully relevant topics,” Latham said. “Second, things to learn about and how Congress operates, how it passes, makes bills into laws.”

According to Latham, a numerous amount of specific topics came up frequently during the discussions.

“Themes that came up in every single class were making school more relevant, more college-like. Every class had an abortion bill, but they all didn’t make it to the floor,” Latham said. “Other bills that came up in almost every class were raising [the] minimum wage, which had some good discussion about the pros and cons of that.”

When all was said and done, there was a pattern to what bills were passed by the classes.

“I think marijuana was legalized in almost every class, I think every class passed an education reform bill [and] police body cameras passed in a couple classes [as well],” Latham said. “I think those are the main ones, I thought there would be more.”

Latham shares his final thoughts on how proud he is of his students.

“I was impressed with how civil they generally were. This may be the fourth high school that I’ve done simulated congresses, and this was by far the most civil. Even if [they] disagreed, [they] didn’t want to walk out as enemies. That was a very encouraging thing, so I was really happy and proud of [them] for that.”