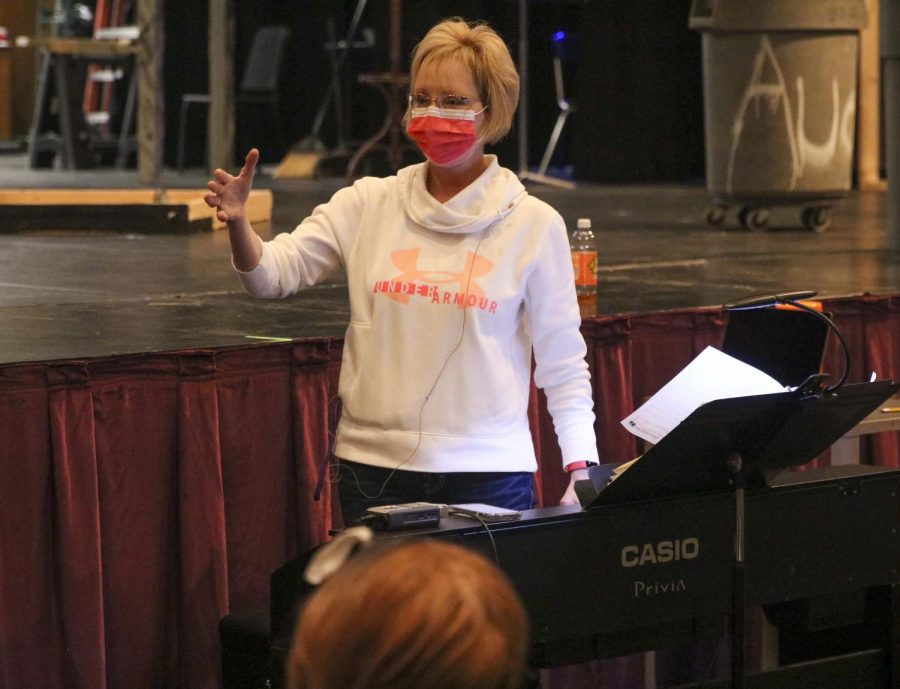 According to the official KSHSAA press release, “It is awarded to individuals whose contributions have impacted high school activities programs.  Nominees must exemplify the highest standards of ethical conduct and carry the endorsement of their respective state high school associations. Significant and/or long-term contributions to interscholastic high school music activities are important criterion in evaluating candidates.”

Laushman first taught at PHS as the vocal music teacher from 1985 to 1997. She then returned in 2004 and has been the choir director ever since.

“I was notified in September by KSHSAA that I had been selected as the Kansas Candidate for this award. I then had an involved and extensive application process that I had to put together and submit to NFHS. I knew that I would be notified in mid January of the results.”

Laushman was honored to represent her school at such a high level.

Laushman feels like she enjoys teaching more in smaller communities.

“In fact, the small community atmosphere suits me better. I have connected with a big portion of people here, and I feel very supported,” Laushman said, “High School students are my favorite age group, and Pittsburg students have just as much potential as students anywhere.”