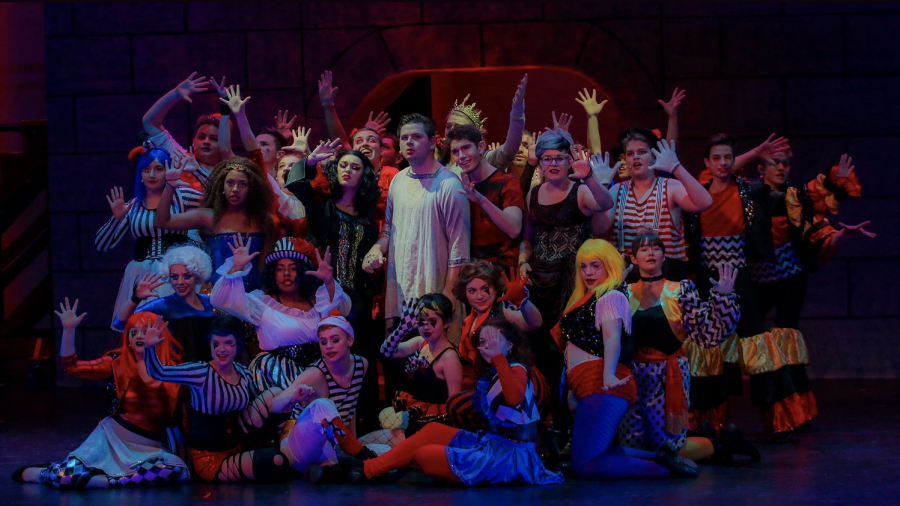 The musical “Pippin” is leaving Pittsburg and going to state. The musical is a coming-of-age story about the life of a boy named Pippin.

“I was proud, like I was happy, like something I did was successful to the point where we get to do it again,” Anderson said.

Freshman Keller Erwin is a newcomer to the cast and plans to keep performing. When informed that “Pippin” was going to state, Keller was excited.

Everyone is excited to qualify for state.

“We’re very honored to have achieved this,” drama teacher Greg Shaw said. “To put it into athletic terms, it’s the equivalent of winning state.”

The cast and crew are ready to get back to work and prepare for state.

“Getting back into the role and lines is something that I’m going to have to do,” Anderson said.

Keller has other concerns. “The number of people that we’ll perform in front of, it’s a pretty substantial amount,” Erwin said.

The cast and crew of “Pippin” all love the show for various reasons, whether it’s the large cast, or the theme.

“I’m proud of everyone in this cast who worked their buts off to get the job done,” Anderson said. “I’m happy.”