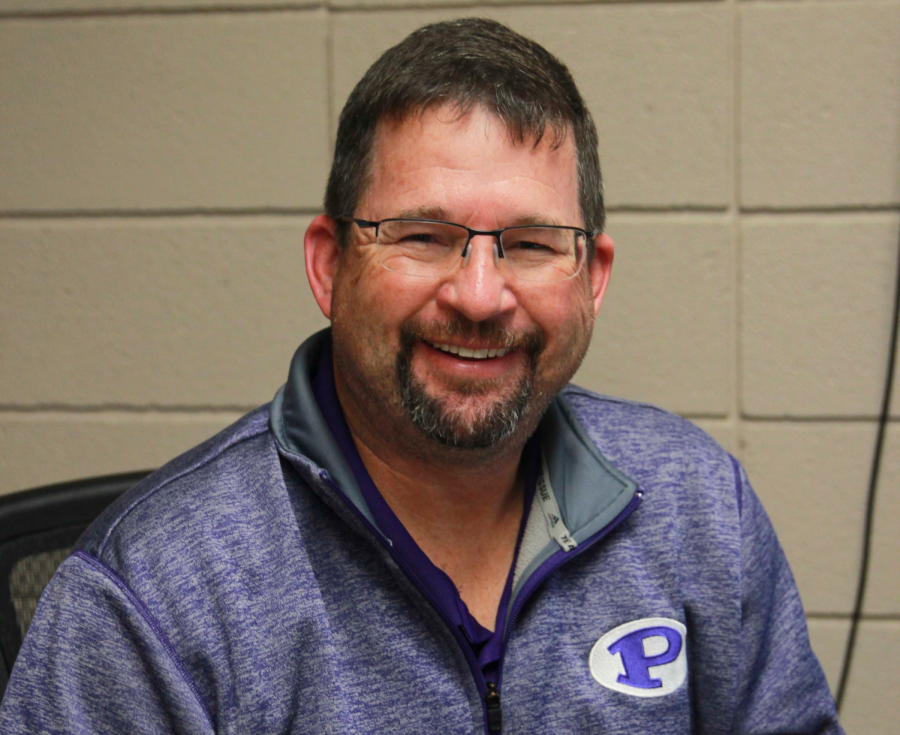 Principal Phil Bressler will not be coming back for the 2019-20 school year.

His resignation comes halfway through his second year at PHS. Bressler has applied to renew his district leadership license and is seeking a superintendent job.

“There’s a lot of reasons for this decision, but I think it really comes down to I want to try this superintendent position,” Bressler said. “I feel like I’ve been called to this profession. This is what I’m going to do, but at a different level and in a different way. I want to give back to a profession that’s provided for my family… It’s time to go; I just feel it.”

Bressler says being a superintendent will give him a more flexible schedule and allow him to spend more time with his family, which he looks forward to.

“The demands on a high school principal are different,” Bressler said. “If we have a dance Saturday night, I feel like I need to be there. But if I’m the superintendent, I’m not going to go to a high school dance. [As a] superintendent, you can come and go. There’s some time pieces there.”

The USD 250 Board of Education approved Bressler’s letter of resignation last night, in executive session.

“[In] the climate of Kansas education right now, we need good people to go out and take superintendent positions,” superintendent Rich Proffitt said. “We commend him on that and wish him the best.”

Bressler’s contract is effective through June. He decided to resign in January, however, to give the USD 250 school district enough time to find a replacement and to have time to help the new principal with his or her transition.

“I want the district to have as much time as possible to hire a replacement,” Bressler said. “The way that things are going right now in public school administration, there’s more jobs than there are qualified people. There’s a reason that districts want to get that information out there as soon as possible. I’m leaving, but it doesn’t mean I don’t love this place and don’t want the best for Pittsburg High.”

Under Bressler’s leadership, the PHS administration implemented a new finals exemption policy, revamped the attendance policy to include consequences for absences and tardies and instituted Purple Power Hour.

Bressler, who is known to fist bump and high-five students in the hallways, says he will remember PHS for the student achievements.

“I think of some of the cool things that have happened for kids,” Bressler said. “Our journalism kids get to go to a national conference and get awards over and over again. Our theatre kids got to go to internationals last year and then a bunch qualified again this year. Our boys basketball team [made] that huge shot to win substate and go to state. That’s something I don’t know I will ever forget.”

Though he doesn’t know whether he will stay in Pittsburg or not, Bressler’s primary goal is to find a job at a new school district, with a good match for his strengths and skill set.

“Sometimes, you’ve got to take a leap of faith and try something,” Bressler said. “[My family is] there again. God’s going to open the door for us. We’re going to walk through it. If that means we’re going to pick up stakes and move the tent, we’re open.”

At this time, the district has not released a timeline for their upcoming search for a new principal.

“There’s going to be some confidentiality, but we’re also going to try to be as transparent as we can about the whole search and let people know what they need to know, and not the things that they don’t need to know,” Proffitt said. “We’re going to work real hard to get the correct fit and the correct person to lead the high school.”