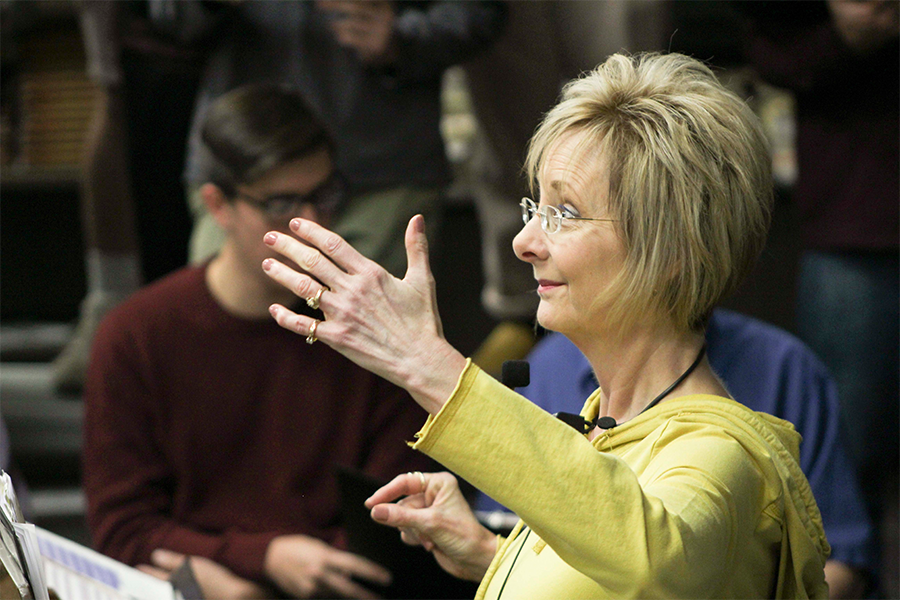 Vocal music director Susan Laushman accompanies and conducts during a Multigenerational Choir rehearsal. Laushman has been teaching music for 30 years. “I knew right off the bat that I would be a music educator,” Laushman said. “I was accompanying as an elementary school student, if you can imagine that. I did not like college teaching at all. Once I settled into public school, I knew this was just the right place.” 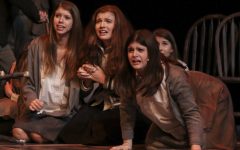 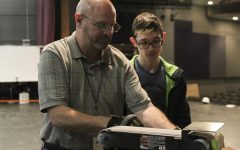 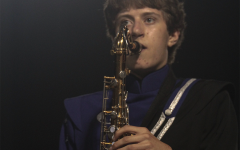 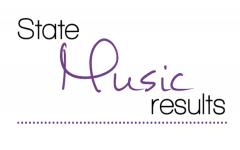