“I Am Not Okay With This” Review 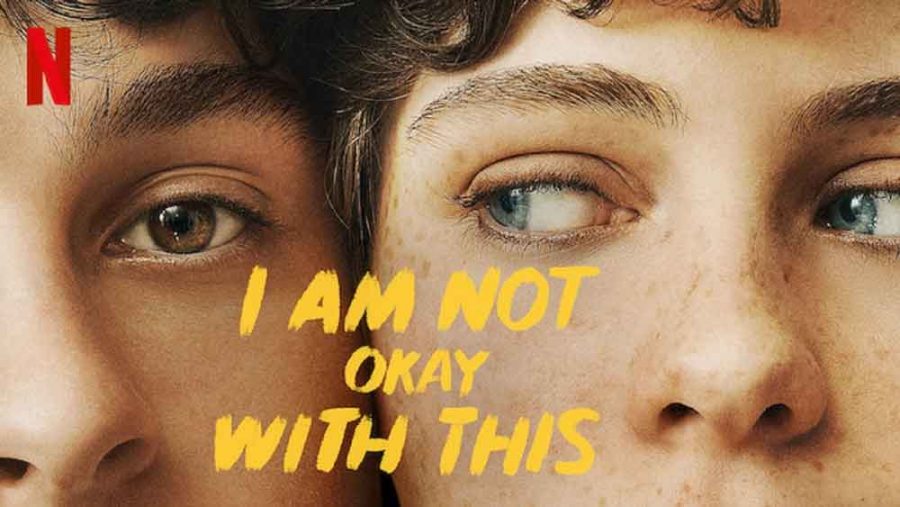 On Feb. 26, “I Am Not Okay With This” aired on Netflix for the first time. The show is about a 17-year-old girl named Sydney Novak that describes herself as a “boring 17-year-old white girl,” but little does she know that she’s anything but boring.

After seeing the lead actress Sophia Lillis in the 2017 “IT” movie, I was excited to watch the show. Within the first 10 minutes, I was hooked. From her snarky sense of humor, bluntness and superpowers, how would I not be interested? With only seven episodes, each roughly half an hour, the series is well worth the quick binge.

On top of having superpowers and getting used to the whole puberty thing, Sydney also hasn’t been successful in dealing with the trauma from her father’s suicide that happened a year prior to when the show takes place.

Due to this, Sydney has become a bomb just waiting for the chance to explode and when it happens, it becomes a mess of both chaos and mayhem. But besides everything wrong going on in her life, she has her best friend Dina (Sofia Bryant). They became friends when they both moved to one of the most polluted places in the US, Brownsville, PA. Despite Dina’s meathead and human varsity jacket of a boyfriend Brad (Richard Ellis), the two are nearly inseparable.

In the first episode, we meet Sydney’s neighbor Stanley Barbor (Wyatt Oleff), a stoner with a queer sense of fashion that becomes a possible romantic interest and self-appointed sidekick. Personally, I adored the character for his groovy attitude and always being down for an adventure, despite how crazy. Not to mention, he makes nerdy look cool.

With the characters, fun 80’s music, and references to “Sixteen Candles,” “Carrie,” and the fifth episode being a full-on “Breakfast Club” montage, the show is something almost anyone can enjoy. That is if you’re 13 or up since it’s not exactly appropriate for kids.

Needless to say, “I Am Not Okay With This,” also has its weak points. With Dina being the only character that isn’t white and not touching more on base with Sydney’s feelings for her, the show still has charm and something to provide to each viewer. Not to mention, the last episode leaves you with such a huge cliffhanger that it’s impossible for a second season not to air next year.

All in all, the show has that certain vibe that you can’t get enough of. Within the first 10 minutes, I was hooked and haven’t been able to stop anticipating what the next season will look like. If you like superheroes, 80’s references, or just need something to binge-watch in a few hours, then this show is just for you.